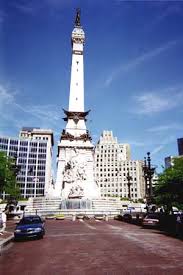 The Indianapolis area’s growing demand for jobs continues to make it the state’s economic engine. The 75,000 jobs created in the metro area in the past year were more than in the rest of the state combined (57,000).

As one of the best cities to find a job, Indianapolis is doing more to attract a younger workforce and implementing creative ways to keep them in the Circle City.

Tourism is also a vital part of the economy as the city plays host to numerous conventions and sporting events such as the Indianapolis 500, Brickyard 400 and the Men’s and Women’s NCAA Basketball Tournaments. Indianapolis has a wide variety of museums and galleries which appeal to art lovers, car enthusiasts, sports fans, history buffs and people interested in science and technology.

Thank you Realestate-Extreme! You made buying a property out of state as simple as it can get!

My trip to Indiana with Paul was the highlight of my real estate investing career.